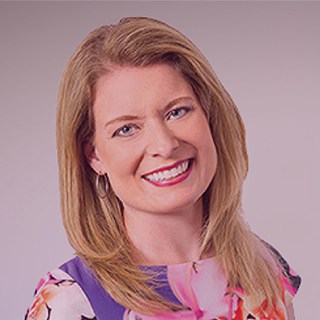 Kristin Volk is a keynote speaker and a presenter.

Kristin Volk brings her vibrant personality, abundant energy, and consummate professionalism to stages of all sizes. She engages audiences in ways that are meaningful and memorable, and leaves them with tips, techniques, and thought-provoking ideas.

In her marketing career, Kristin leads a top 10 Cleveland-based law firm in its branding, business development, and overall growth strategies. Her efforts in just three years have paid off. Since Kristin’s arrival, the firm has increased the number of its attorneys by 30% and gained more than 1,300 clients.

As a broadcast journalist, Kristin spent more than a decade covering international, national, and local stories. She won an Emmy for an investigation into a Cleveland police case. She spent the bulk of her reporting career in Washington, D.C., where she regularly reported from the White House and Capitol Hill, interviewing notable figures like former President Barack Obama and late senators, John McCain and Ted Kennedy, among others.

While reporting for United Press International, Kristin spent three weeks embedded with the military in the aftermath of the earthquake in Haiti in 2010. She also spent three months investigating widespread sexual abuse allegations within the Boy Scouts of America as a producer for the Scripps National Investigative Unit.

Kristin moved to Cleveland in 2012 to work for Cleveland’s News 5. During her time there, she covered the discovery of three missing Cleveland girls held captive for nearly a decade, the 2016 NBA Championship win, and the troubling conditions of state-sponsored homes for individuals with mental health issues.

Aside from her career, Kristin is a board member for Maximum Accessible Housing of Ohio (MAHO). She serves on the Cleveland Leadership Center’s Civic Leadership Institute Advisory Committee and volunteers for the Cuyahoga County Board of Developmental Disabilities. She also volunteers at Community of Hope, an organization that pairs adults with teens who are about to age out of the foster care system.

Kristin’s personal interests include water skiing and running. A native of the Toledo area, she earned her bachelor’s degree from Denison University and her master’s from Northwestern University.

Fail Fast
It’s important to take risks in business, but knowing when to pull back, pivot or hit the gas is almost as important as the idea itself.

The Epicenter of Change
Disruption is not a dirty word. In fact, it can be a key element to changing workplace operations, innovating business, and providing leadership.

Social Media Savvy
Social media is a powerful marketing tool for all businesses. Reach a bigger audience for a fraction of the cost on social media. Engage with customers, clients, and employees. Learn how to market your business and your brand using both paid and organic strategies.

Attitude in the AM
How you start your day makes a big difference in your overall feeling and attitude at work. Train yourself to equate your alarm with opportunity and not despair.

Ladies, We Broke the Glass Ceiling. Now What?
Even though more women are in the workplace than ever before, that’s not to say that workplace culture has dramatically changed. How to take charge of your professional growth and get ahead, even if your workplace is lagging behind.