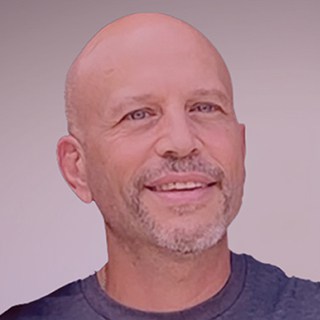 Bobby is a keynote speaker and presenter.

Bobby Kaleal is an award-winning performance coach, entrepreneur, inventor, and keynote speaker who specializes in extracting greatness out of individuals, teams, and organizations.

Drawing from his philosophy of Recognition, Educating, and Consistency (REC), Bobby helps individuals and companies reach their peak potential regardless of the situation. He has presented to hundreds of small and large firms as well as top management teams on various topics, including resilience, how to stay motivated, and how to create performance metrics and goals.

Depending on each client's needs, Bobby provides tailored and actionable tools, guidance, and support to strengthen their weaknesses and hone their talents. As a sought-after motivational speaker, he draws from his own experience building winning organizations and coaching leaders, teams, and athletes at the highest level.

In 2011, his company, Health 360, was voted one of COSE’s Ten Under 10 Award Winners, an honor recognizing the top 10 companies with 10 or fewer employees for their best practices in innovation, growth/success, value to the community and the environment, diversity promotion, and customer service excellence.

In addition to being a serial entrepreneur, Bobby is well-known for his role as the performance coach for two-time UFC Heavyweight Champion, Stipe Miocic. Miocic is widely regarded by critics, media, and commentators as the greatest UFC heavyweight fighter of all time. Bobby is credited for contributing to much of Miocic’s success and has been featured in Men’s Health and ESPN The Magazine as well as countless other top publications.

In addition to coaching professional athletes, Bobby serves as the performance coach for the Mentor Ohio Police SPAN SWAT, the Cleveland Ohio FBI, and the elite FBI Hostage Rescue Team in Quantico, Virginia.

Get to Know Bobby

Honors
• Health 360 voted one of COSE’s Ten Under 10 Award Winners
• Voted Top 10 of 18,000 Applicants for the “Be Better Solutions” team for certified and degreed personal trainers, Phil Kaplan